Hit enter to search or ESC to close
ExplorationHistory

The Renaissance of Private Sector Funding for Human Exploration

By bluemarbleJune 10, 2013 No Comments
[This post is adapted from a presentation I gave at Underwater Intervention in New Orleans on January 16, 2013, while representing OceanGate, Inc.] 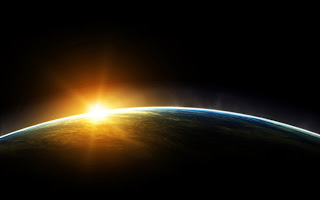 THE END … OR A NEW BEGINNING?

We are witnessing the end of a golden age of exploration. Or so it seems. At least if you take recent headlines at face value.

Everywhere we turn nowadays we are faced with news of further cuts in spending for human exploration. Indeed, in the United States over the past couple of years, NASA shut down its Space Shuttle program, and NOAA zeroed its budgets for the Aquarius underwater habitat and the manned submersible programs at the Hawaii Underwater Research Laboratory.

Clearly, with so many competing priorities during tough economic circumstances, the public sector has lost its appetite for using taxpayers’ money to fund human exploration, especially of extreme environments.

However, just because government spending for exploration missions may be declining should not necessarily signal the end of exploration in general. In fact, I would argue that we are on the cusp of the greatest age of exploration humanity has ever known.

Our exploration community is the beneficiary of several global trends, including technology innovation, global connectivity, international collaboration, and entrepreneurial spirit … all on an unprecedented scale. These are combining into a perfect ecosystem that fosters ambitious undertakings at a pace previously unattainable and even unimaginable.

I am absolutely convinced that over the next few decades we will embark on an amazing journey of exploration and scientific discovery. And we will do it primarily with the financial support of the private sector.

A [VERY] BRIEF HISTORY OF EXPLORATION

How can I be so optimistic in the midst of such a downturn in government spending? It helps to put the current global situation in proper historical perspective.

While government-funded exploration programs have always played a critical role in human exploration, historically the most ambitious missions were, in fact, primarily funded by the private sector. We can illustrate the point by simply looking at three examples from relatively recent Western European history.

Christopher Columbus could not have embarked on his voyages to “discover” the Americas without the aid of Queen Isabella and King Ferdinand. However, they did not provide financial backing. Their royal advisors recommended against it, since they believed it was a doomed mission. Regardless, the monarchies’ coffers were seriously depleted after years of expensive wars. Instead, Columbus secured royal permissions and other in-kind favors, which he then used as collateral for the Italian private investors who ultimately provided the funding for his expeditions.

Fast forward over 400 years to 1914, and we can examine perhaps one of the most famous failed exploration expeditions: Sir Ernest Shackleton’s doomed Antarctica effort aboard the Endurance. When he planned this expedition, Shackleton specifically did not want the British government to pay for it, primarily because he did not want them to control it. However, he convinced them to provide ~10% of the seed funding, which he then parlayed into full project funding from a collection of wealthy individuals, who today we would call “angel investors”.

Thus, some of the greatest achievements in the modern Western European history of human exploration were funded primarily by the private sector and not by large government programs.

“RISE OF THE EMPIRE”

During the second half of the 20th century, the world witnessed a seismic shift in human exploration. Fueled by military spending and concerns over national security (and in some cases national pride), the wealthiest countries on Earth suddenly started pouring enormous sums of public money into hugely ambitious exploration missions.

The most public of these government programs was clearly the “space race” between the United States and the Soviet Union, starting with the launch of Sputnik in 1957 and culminating with the Apollo 11 landing on the moon. This time period also saw the U.S. Navy dive its Trieste bathyscaphe almost 7 miles down to the deepest point in the ocean in 1960. Since then, the U.S. has led the world with its government-funded human exploration programs, joined in many efforts by Russia, China, Japan, France, and many other countries.

Given the past few decades of relatively prolific public funding of exploration efforts, we may be forgiven for becoming alarmed by the recent trend of reduced government subsidies for these types of programs.

RETURN OF THE PRIVATE SECTOR

However, there are other recent trends that should give us cause for hope.

Despite the past 50+ years of large government exploration programs, the private sector never really stopped its historical funding of ambitious expeditions. In fact, during this early part of the 21st century, we have experienced a renaissance of privately funding human exploration.

This revival of sorts has come in several different flavors, but a few examples may help illustrate my point.

Commercial – Discovery and Exploitation of Resources

Certain exploration efforts are funded primarily for the purpose of discovering–and ultimately commercializing–underwater resources. These may be ancient treasures, sources of energy products, mineral reserves, or even innovative pharmaceuticals that offer cures to deadly diseases. For these ventures, the financial goal of the funders is directly related to the exploration goal of each mission.

Odyssey Marine Exploration is a professional nautical archaeology company that earned its initial success and worldwide fame by successfully finding, salvaging, and monetizing ancient shipwrecks. They were originally financed by private investors and ultimately secured additional funding from the public markets (NASDAQ: OMEX).

Substation Curacao is in some ways a typical example of an underwater tourism business. They operate a 5-person submersible capable of diving to 300+ meters and offer exciting rides on a unique sea wall just offshore from their facilities. However, they also perform much more substantive work, using their submersible to collect coral, fish, and other samples for biopharmaceutical clients searching for new cures to a variety of widespread diseases.

Film production companies and broadcast networks typically fund only the media production budget, leaving explorers to find alternative sources of financing for the expedition itself. However, occasionally they can fund entire strategically important projects, likely in exchange for some amount of operational control.

The most prominent and prolific of these networks are National Geographic and Discovery, which recently teamed with NHK TV in Japan to fund an historic expedition filming the elusive giant squid in its natural deep ocean environment. For IMAX theaters worldwide, film makers MacGillivary Freeman are clearly the leaders in creating exploration-themed content.

Nonprofit organizations around the world solicit contributions from individual and institutional donors who support their specific causes. They then use these funds to finance strategic projects, either through grants, sponsorships, prizes, or other means. As long as an expedition aligns with the organization’s priorities, this can be a significant source of funding for explorers.

The X PRIZE Foundation creates prize competitions to promote “exponential innovation” in a number of areas selected for their potential to solve complex global issues. Their Exploration Prize Group is supported by Shell.

In the Pacific Northwest, OceanGate helped launch ExploreOcean a few years ago. Its individual donors helped subsidize some valuable manned submersible exploration work in Puget Sound, including our search for the SS Dix, a ferry boat that sank in 1906 with 39 people aboard and became know as “The Titanic of the Pacific Northwest”.

In the face of tumultuous changes within the media industry, large multinational corporations have struggled recently to promote their brands on a global scale. “Traditional” marketing is not quite as effective as it once was, so increasingly companies are turning to more innovative methods for connecting with their target audiences. For a variety of reasons, sponsoring exploration expeditions is one powerful method that is garnering much attention worldwide, and we saw two terrific examples in 2012.

In March, film maker and explorer James Cameron set a world solo diving record by becoming the third person (and first in over 50 years) to explore the extreme depths of Challenger Deep in the Mariana Trench. His Deepsea Challenge was made possible by the brand sponsorship of National Geographic and Rolex, among others.

In October, Austrian BASE jumper Felix Baumgartner set several world records, including highest skydive and becoming the first person to break the sound barrier without the protection of a vehicle, when he jumped out of a capsule under a helium balloon 130,000 feet above the ground. The Red Bull Stratos project, sponsored by Red Bull, was one of the most successful live events in history, becoming the most watched YouTube live stream ever with over 8 million viewers across 57 countries.

Individual – For Humanity and Personal Interest

In a trend that harkens back several centuries to a time when explorers operated under the auspices of wealthy benefactors, we continue to find many examples of individuals funding human exploration projects. They may do so on their own or via family foundations established specifically for this purpose. In the U.S. we have examples of at least two technology billionaires helping to promote exploration missions.

Eric Schmidt, Chairman of Google, and his wife Wendy co-founded the Schmidt Ocean Institute in order to support the explorers, scientists, and researchers focused on critical deep ocean projects. Their primary vessel is the R/V Falkor.

Ted Waitt, the founder of the Gateway computer company, launched his Waitt Institute to provide valuable key assets to the exploration and research communities. They operate a variety of underwater vehicles, including a 2-person manned submersible, an ROV, and two deep AUVs.

IMPACT – WHAT DOES THIS MEAN TO US?

These are merely a handful of illustrative examples, but the message is still the same: the private funding of human exploration is thriving on a global scale.

Governments certainly play a significant role in the field of exploration. However, regardless of general reductions in the use of public funds for government-led exploration programs, the private sector is a large viable source of financial support. As explorers, we just have to be more entrepreneurial and get more creative in how we approach our strategic expedition partners.

More important, when we examine this financial reality in light of other significant global trends, we can certainly be optimistic and excited about this new golden age of exploration. It is truly the dawn of the most historic era humanity has ever known.

I, for one, cannot wait to see what we discover next.